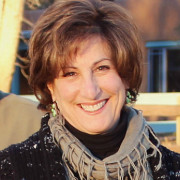 Ann has been involved with adoption searches since she began her own search for her birth mother in 1978.  At that time she promised Sally File she would help with other searches when her own was complete.  Fulfilling that promise, Ann began helping Sally File around 1990 at a time when there were limited resources available to aid in the search process. Shortly thereafter the State of New Mexico required that those searching be certified as Court Appointed Intermediaries. Ann and Sally, along with a few others that were searching at the time, became the State’s first “Court Appointed Confidential Intermediaries.” Times have changed and with approximately 3,000 cases to her credit, Ann has continued her work to connect adoptees and birth parents.

Currently Ann has taken on the responsibility for filing the paperwork to open files with the courts for adoptees and birth parents, as well continuing to search.  She also conducts the certification process for intermediaries for the State of New Mexico when needed.  A stickler for creating an authentic certification process, Ann holds the statutes as the standards to which an intermediary must be certified.  It is her firm belief this method of certification will allow intermediaries to uphold the integrity of the law while fulfilling successful searches and reunions.

As the daughter of the lead Intermediary for New Mexico Adoption Search, Toni grew up listening to countless adoptees be counseled and reunited with their biological families. Although not searching independently currently (with the exception of one personal case), Toni assists the other Intermediaries with their search, talks to adoptees and helps them work through their fears, and spends a considerable amount of time fielding questions and maintaining the NMAdoptionSearch.com website and Facebook page.

Kim Knight is a birthmother who gave her son up for adoption when she was sixteen years old. She says it was the hardest thing she has ever done. After he turned 18, she searched and found him within a few months. They have had a very successful reunion and he now lives in the same town and works as a police officer. He is close to Kim’s younger daughter (his half-sister). Although Kim has a full-time job, her passion is helping others with their own search and reunion. Kim has over 100 searches to her credit in Southeastern New Mexico.